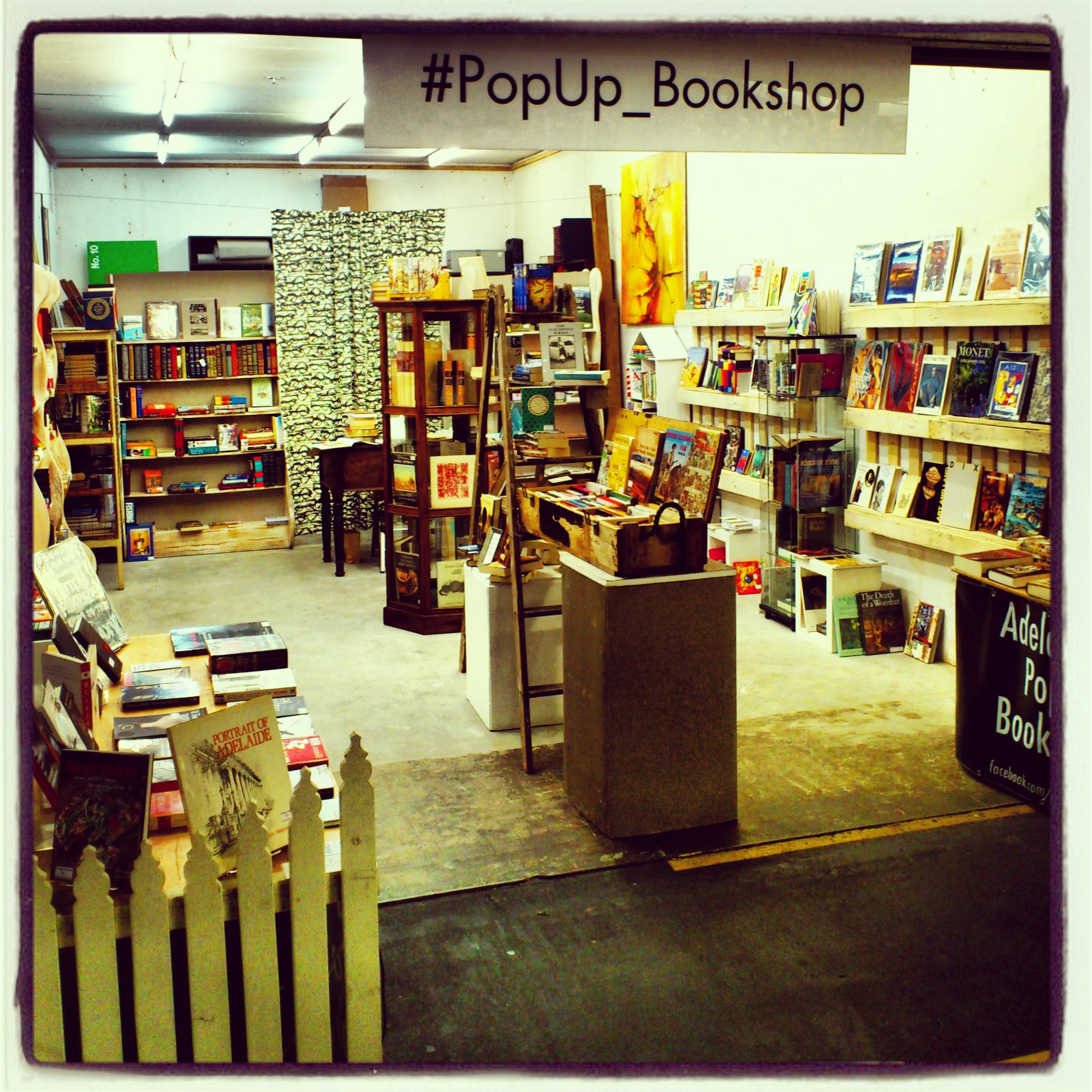 After three years of shop-hopping, Adelaide’s Pop-up Bookshop has decided it’s time to settle into a permanent home – at the iconic Central Markets.

“As soon as we popped up in the Central Markets (in May this year) we felt we had found a place that truly suited us” says Kate Treloar, who runs the bookshop with partner Nick Patrick.

The pair have loved their time as a pop-up – a boutique bookstore that constantly changes location – but the risk and physicality of such a venture has left them on the lookout for a permanent location for some time now.

“We have watched the career of Burger Theory, the poster child of pop-up businesses, with interest as they moved from an initial life as just a food truck and then settled into permanency off Rundle St,” Ms Treloar says. “We could feel the same curve panning out for us.”

It has been a hectic three years for the pair, who sold their regular bricks-and-mortar bookshop in the Adelaide Hills to try their hand at the pop-up world. They have since popped up in Rundle Mall, Adelaide Arcade, James Place, various city cafes, numerous markets and even in the middle of the footpath as street traders.

“It has been an amazing journey. We have learnt so much and reached such a broad audience all at a time when physical bookshops are being pummelled into mass closures by e-books, discount chains and aggressive online retailers.

“We credit the pop-up model with enabling us to keep in touch with consumers during this insanely fast-changing period within retail and especially bookselling,” explains Ms Treloar.

“We are extremely hands-on in the business. It’s just Nick and me so we are constantly talking to our customers and taking feedback on board.”

The flip-side of this intensive participation is it’s extremely hard work!

“We both love what we do and don’t want to do anything else, but it does take a toll,” Ms Treloar says. “We hand-pick all our books so it will nice to be able to just concentrate on that now, rather than doing it alongside negotiating new locations and physically moving an entire shop several times a year!”

Adelaide’s Pop-up Bookshop will stay in their current location in the north-east corner of the Central Market for the next three years.

“But we wouldn’t rule out side ventures at all. Ultimately we thrive on change so if an opportunity presents itself, who knows?” says Ms Treloar.

***Check out the story in the Adelaide Review here